Ebola and Your Dog....Know the Facts

Email ThisBlogThis!Share to TwitterShare to FacebookShare to Pinterest
"Little evidence of transmission to humans" 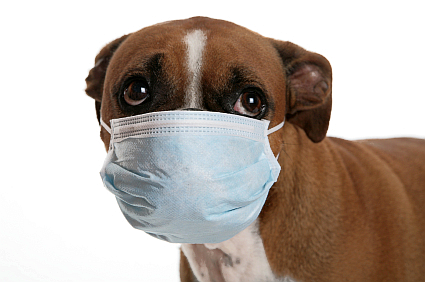 The American Humane Association and the world’s top veterinary experts are asking pet owners across the country to exercise caution but not to panic following reports of illness in animals such as Bentley, the King Charles Spaniel belonging to the Dallas nurse hospitalized with Ebola.

"It is important to be vigilant if you live in an area close to an Ebola case, but not to overreact,” said Dr. Kwane Stewart, Chief Veterinary Officer for American Humane Association. “While some animals in Africa were shown to harbor antibodies after eating infected corpses or other animals, we do not have this situation in the United States and there is little evidence at this point to indicate transmission from animals to people.”
Fear of illness can lead to the deaths of pets without substantiated cause. In Spain, authorities recently ordered the euthanization and burning of a dog owned by a medical professional who fell ill after treating Ebola patients in Africa.

The chance that dogs might spread Ebola is very small in the U.S. or other places where dogs aren't near corpses or eating infected animals, American Veterinary Medical Association spokesperson Sharon Granskog told CBS.

The Centers for Disease Control and Prevention reports on its website, “At this time, there have been no reports of dogs or cats becoming sick with Ebola or of being able to spread Ebola to people or animals.”


“As with any threat to ourselves or our animals, it is important to know what to do and what not to do,” said Dr. Stewart.  “At this point there have been no reports of dogs or cats becoming sick with Ebola even though they may develop antibodies from exposure to the disease. A greater understanding of the effects of Ebola on dogs and cats is needed to help prevent panic and their needless destruction.”