Why I love my Mutt 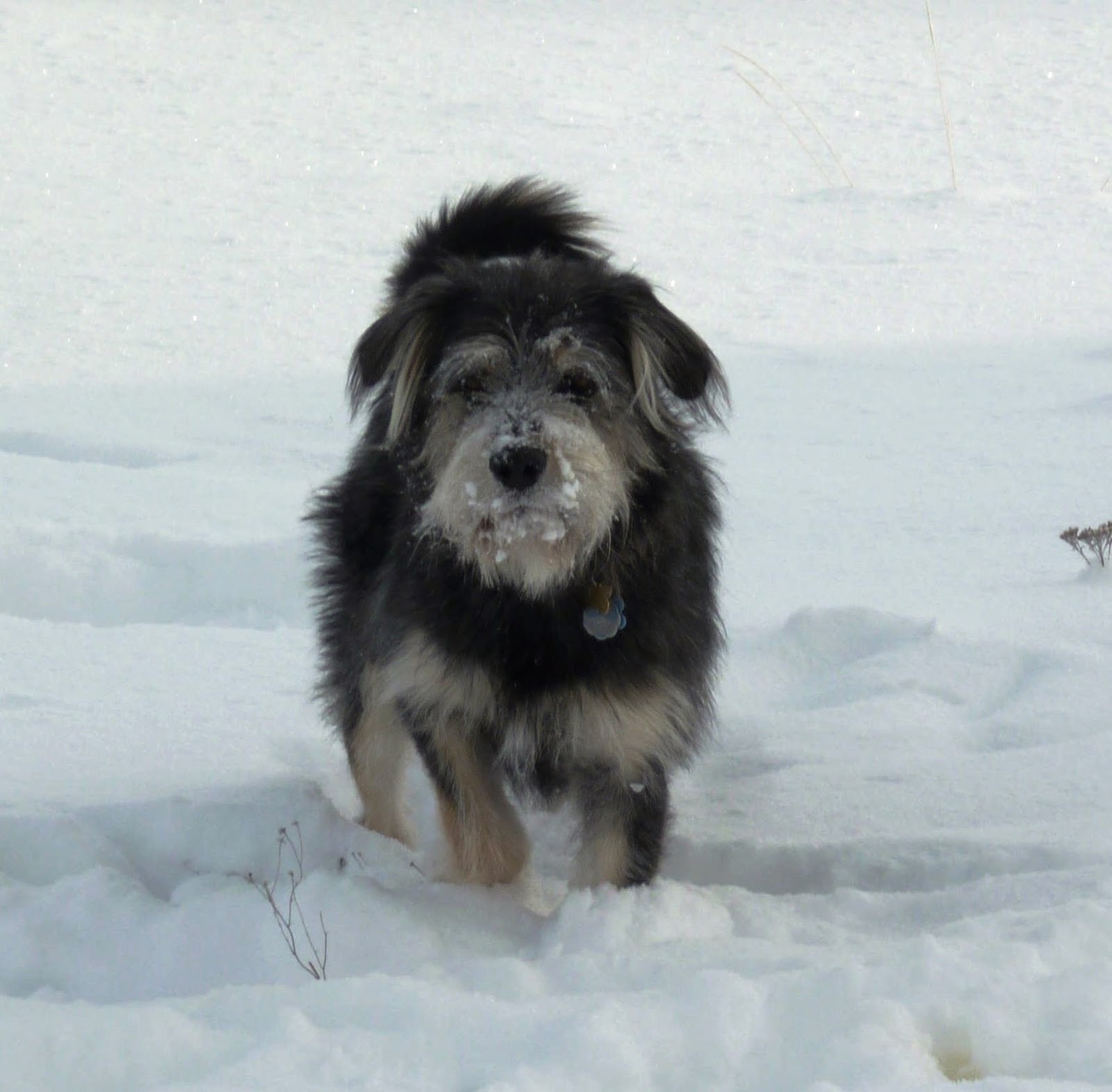 He will regularly bring his stuffed animals to bed with us.  I’ve woken up surrounded by plush ducks, beavers and squirrels all stiff with doggy spit.

He hogs the right side of the bed horrendously – but is an incredible foot warmer and body pillow during the colder winter months.

He carries bits of water and food in his beard for later…….these remnants usually end up smeared across someone’s face, or lap….Although he has learned that if he comes after me he’ll earn himself a thorough face washing with damp clothes and all.

He will automatically munch on his loudest, most stinky-est chew whenever company is over to watch a movie as if to say “I’m here too!  Don’t forget about me!!”

He only eats from the left side of the bowl.  He’ll munch away until he hits the metal at the bottom and then delicately nibble around – widening the nose-shaped crater until the left side is completely clean.  Sometimes, when I want to annoy him, I’ll sneak by and shake the bowl up a little, tipping kibble into his already cleared nose-hole.

He loves to sit by the window in my bedroom (even though we’re a number of floors up) and people watch. He hates loiterers and loves to commune with the blue jays and squirrels when they happen to stop by

When he’s overly-tired or feeling insecure, he will valiantly try to fit all 3.5 foot, 70-odd pounds of himself in my lap.  It won’t work – my lap is not nearly big enough, but he’ll try.

Sometimes, when he’s feeling really clingy, he’ll just walk right up to me, press his head into my chest and just stand there, breathing me in until he feels ready to face the world again

He’d got the goofiest smile in the world – a smile that never fails to make even the worst work day bright and shiny when I come home to find it waiting for me.

Honestly this list could go on and on and on….and it’s constantly growing too.  Every day I’ll discover one more reason to love Bear to bits, and to be honest, I wouldn’t have it any other way.

What silly quirks to your dogs have that make you love them endlessly?
Feel free to share!!!