Petting Dogs: Why Consent is Important

Email ThisBlogThis!Share to TwitterShare to FacebookShare to Pinterest
Originally written by a trainer at PawsAbilities this blog/article cover such an important topic for all dog owners to understand and advocate that I simply had to re-post it. 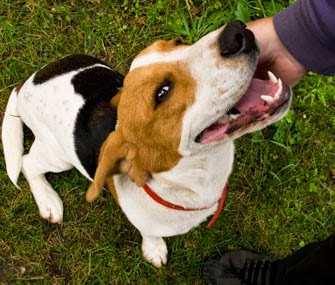 “Come give Sara a hug goodbye,” my friend tells her 3-year-old son. His eyes get big, and he stands behind his mother, hugging her legs. It’s an uncomfortable moment. My friend is embarrassed that her son clearly doesn’t want to hug me. She wants to teach him manners, and worries how his reaction reflects on her parenting. It’s been so long since we last saw each other that her son barely remembers me, and he’s very uncomfortable with the idea of such an intimate goodbye. I’m also not a fan of the idea, since I don’t want to touch anyone, no matter the age, without his or her express consent, even for something as minor as a brief embrace.
“Do you want to wave goodbye instead?” I ask my friend’s son. He nods and smiles shyly, waving bye-bye. The tension in the room relaxes, and I hug my friend goodbye while her son stands in the background, relief palpable in his demeanor as he waves. I hope that I’ve given both him and his mother the tools to deal with similar situations gracefully in the future. It’s okay if he doesn’t want someone to touch him, and he can always offer an alternate suggestion that he feels more comfortable with.
It’s not okay to touch others without their consent. As grabby primates, this can be a hard rule for us to follow. It’s not okay to rub a stranger’s pregnant belly, or to ruffle a child’s curly hair without her permission. If someone doesn’t want to shake hands or hug, waving or giving a fist bump may be more appropriate. We learn as young children to keep our hands to ourselves, and it’s something that we need to remember our entire lives. It’s also something we need to remember when we interact with dogs.

Not every dog likes to be touched. Sure, most dogs enjoy petting and scratching, especially in those hard-to-reach areas such as under their collar and along their spine. However, just like us, every dog has a different level of tolerance for physical affection. Some dogs, just like some people, can’t get enough of touch. They’re happiest when they can lean against you, skin-on-skin, and feel your hand caressing them. Other dogs, just like other people, prefer not to be touched except by a handful of those they know and trust, and even then, only at certain times and in certain places.
You wouldn’t run up and hug a stranger who was walking in the park just because you liked the color of his or her eyes, and it’s just as inappropriate to hug or pick up a dog you don’t know just because you think it’s cute. If a stranger approaches your dog and wants to pet him or her, and your dog doesn’t seem comfortable with the idea, it’s absolutely alright to tell that person no. Just as you would stand up for a child or a vulnerable adult who was unable to tell the stranger no, it’s okay to stand up for your dog. Dogs are not public property, and no one has the right to pet your dog unless you and your dog are both okay with them doing so.

Of course, this isn’t to say that you shouldn’t teach your dog to accept petting and to greet people appropriately. Dogs have to live in a world where people will reach out for them without asking first, so give your dog the tools to cope with this gracefully by socializing him appropriately.
If you want to pet a dog, whether it’s your own pet or a dog you just met, make sure that you ask first. Asking the owner is important, but even more importantly, I want you to ask the dog. Ask the dog if he or she wants to be touched, and then respect the answer you’re given.

How do you ask a dog whether she wants to be petted? Dogs aren’t verbal, so they can’t verbally express what they want. However, they do have a complex and nuanced language of their own, and we can watch their body language to determine whether they want to be touched or not.
Start by crouching down a few feet away from the dog you’d like to pet, talking to him or her softly. If the dog approaches, that’s a good sign that she’s interested in interacting with you. If she maintains her distance, that’s an equally good sign that she’s not currently comfortable interacting and that you should give her some space.

Once the dog approaches you, gently pet her under her chin, on her chest, or along her side for 1-2 seconds. Pause and see what she does. If she moves closer to you, leans in, nudges at your hand, or otherwise interacts further with you in a social way, she is telling you that she enjoyed being touched and would like to be petted more. Go ahead and oblige. If she stiffens up, moves away, or does not show any social body language, stop touching her. You do not have her consent to continue putting 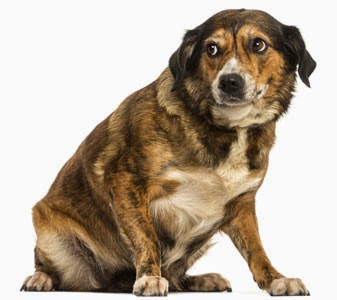 your hands on her body. This should go without saying, but if the dog shows warning signs such as whale eye, growling, snarling, snapping, or biting at you, stop what you’re doing immediately and give her some space.
Every so often as you’re petting the dog, stop and ask whether she’d like you to continue by watching her body language. Whenever you pet her in a new place on her body or in a new way (for example, ruffling up the fur above her tail instead of softly stroking her shoulder), stop after a few seconds and evaluate whether she enjoyed that. Many dogs have definite preferences about where they enjoy being touched the most, so ask for the dog’s feedback and watch her respond ecstatically as you scritch just the right spot.

If someone else is petting your dog, ask them to follow these same instructions. Watch your dog’s body language, and be ready to redirect the person if your dog becomes uncomfortable.
It’s a sad reflection of our society that I’m often accused of not liking my clients’ dogs upon first meeting them because I don’t immediately try to pet them. People seem hurt and confused that I don’t instantly reach out for their dogs, especially since I clearly love dogs so much. When I explain that I don’t pet dogs without the dog’s consent, it’s often very eye-opening for my clients, who were taught that anyone should be allowed to touch a dog whether the dog wants it or not. These same clients are often amazed that their dogs don’t show the same aggressive behavior towards me that they do towards most visitors to the home, or that their fearful dog warms up to me so quickly. This isn’t magic. It’s just respect. I respect each dog’s right to choose how closely he or she wants to interact with me, and dogs respond to this respect enthusiastically.


Bark back at us!  How do you handle strangers (children especially) who love dogs and lunge for them when they cross you in the street or at the park?